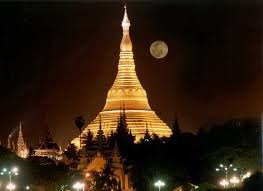 CardioStart conducted its first mission to Yangon, Myanmar, during March 2015 under the co-direction of Dr. Bill Zeman and Michael Fullerton RN. The mission focused on adult and pediatric surgery at PinLon Hospital, with a pediatric evaluation of Yankin Children’s Hospital. Myanmar, which has a population of 55 million, was under military rule and essentially closed to outside influence until 2011 when President U Thein Sein was elected and major changes toward democracy were instituted.

Myanmar cardiac services are currently limited. Four hospitals do cardiac surgery in Yangon. There is a public hospital, Yangon General (YGH), which does fewer than 200 adult cases per year; a public children’s hospital, Yankin Children’s, which, under the direction of a cardiac surgeon, Prof. Win Win Kwaw. Yankin performs about 60 cases of basic ASDs and PDAs each year; the Defense Services Hospital (DSGH) run by the military, (250 adult cases per year;) and PinLon Hospital, a new private hospital just starting its program.

Twenty-eight medical and non-medical volunteers from 7 countries including Bangladesh, Germany, Canada, Italy, Spain, Pakistan, UK, and USA, formed a team that did successful surgery on 12 adults and 1 child at Pinlon Hospital, and operated on 4 adults and 8 children at Yankin Children’s Hospital. During the two-week period the team split to provide suitable expertise in both hospitals simultaneously and led surgeries on both children and adults in an established program.

The Pinlon Hospital children’s program was successfully introduced and an education and teaching program was initiated. A donation of a cardiac ultrasound machine with TEE probes for the operating theatre was made. The machine was used throughout the mission to assist clinical safe practice and outcome quality assurance. Cases at Pinlon included an ASD closure and a double valve repair with coronary bypass. The Pinlon team was successful with no major complications during the mission. 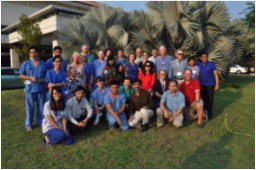 All patients receiving surgery in both hospitals were tracked for future follow-up assessment.