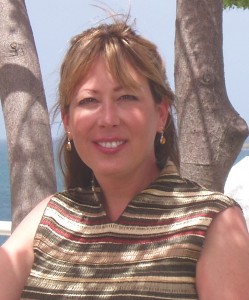 Janine Henson is a BSN graduate from Indiana University School of Nursing 1990.  All 22 years of nursing experience has been in critical care units in Indiana, Illinois and Minnesota.  She is certified with the American Association of Critical Care Nurses.  Besides her full-time work with CardioStart she remains employed with Fairview Health Systems associated with the University of Minnesota.  Janine began her volunteerism with CardioStart International in 1997.  After reading a nursing journal article featuring CardioStart she began facilitating donations of medical supplies and then assisting with mission volunteers.  After the birth of her second child she joined in as a mission volunteer on a CardioStart OB/GYN mission to the Dominican Republic.  With a few mission experiences she had developed suggestions for streamlining the mission design and took on the role of co-mission director.  Since then, she has taken part in over 20 missions, directing many of them.   Having served as Chairman of the International Management Committee and now on the Board of Trustees, the years of experience and dedication has promoted her to the position of Vice-President of the charity. 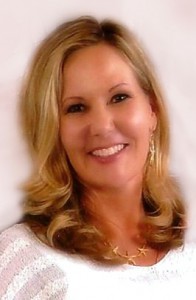 Charlotte has over 20 years of financial leadership experience and also serves on United Way of Central Florida’s board and audit committee.  Charlotte’s experience and background include financial reporting for both public and private companies, with a focus on cost analysis and efficiency improvement, performance metrics, risk analysis and auditing & compliance.  Charlotte has played a key management role in implementing major enterprise technology systems in $1 B revenue companies such as FedEx and Watkins Motor Lines.  Charlotte’s background in high-growth enterprises with initiating and developing risk and compliance activities as well as managing audit engagements and financial reporting enhance the governance activities and regulatory compliance critical for a Cardiostart’s obligations to donors and third parties. She holds a CPA certificate with the state of Florida, and graduated from University of South Florida magna cum laude. 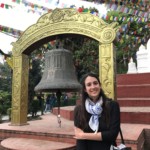 After earning her bachelor’s degree in Anthropology from the University of Georgia, Margaret moved to Tampa to earn her Master’s of Public Health from the University of South Florida’s Department of Global Health. During graduate school, she became a research assistant for a local nonprofit and became interested in nonprofit management, especially as it relates to healthcare in underserved settings. She currently works at USF as a Surgical Education Program Specialist for the medical school. Margaret is interested in developing surgical education and public health outreach programs in low-resource settings and she helps CardioStart with various projects, including assisting with mission organization, public health outreach, fundraising and social media. 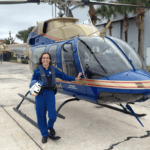 Darlene Crook specializes in critical care and has been a nurse for 33 years and a flight nurse for 10 years. Originally from Ontario, Canada, she has been a resident of Tampa since 1995. Darlene recently earned her Acute Care Nurse Practitioner degree from the University of South Florida. She manages CardioStart’s medical supply inventory and assists with mission supply planning.