Chuck Mulhern – a life worth living

Chuck Mulhern – a life worth living 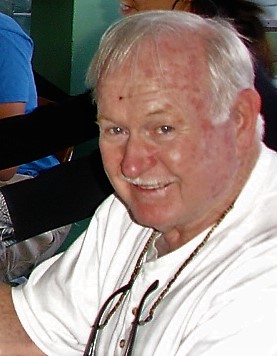 With much sadness, we record the death of our friend and long-term CardioStart volunteer, Chuck, who passed peacefully last week following discovery of stage IV cancer.

I first met Chuck at Tampa General Hospital, Florida, in 1994, when he worked in Administration and Materials Management departments. He readily jumped into the role of helping the charity’s logistics needs, and personally supervised the dispatch of airfreight, later, container shipments to Guatemala, Nicaragua, El Salvador and Peru over the following years.  He was responsible for acquiring the industrial shelving that is in the Tampa warehouse and later led CardioStart’s Administration issues as Executive Director.

On one of the early Peru missions we noted two children in the pediatric ward, one of whom had lost her right arm in a motor-scooter accident, and the other who had lost both legs and left wrist following meningococcal septicemia.  We arranged for them to be transferred to the CardioStart house in Tampa, Florida, for treatment at Shriner’s Hospital.  Both children needed many repeat visits as they grew and required orthopedic revisions.

During this time, Chuck’s knees greatly deteriorated and he eventually underwent bilateral knee replacements giving him a personal experience with orthopedic problems. His awareness of the plight of these two Peruvian girls was probably greatly raised during this time and he immediately seized the opportunity to form his own charity, The Luz Fund, to assist them as they grew older. They needed help covering their air transport needs to the USA for repeated limb-fittings all the way to adulthood and other supportive measures.

His indomitable spirit and Irish humor warmly infected so many  and will be greatly missed.  The words of the Brazilian author, Cecilia Meireles seem most fitting here: