A SURGEON AND A NIGERIAN CHIEF? 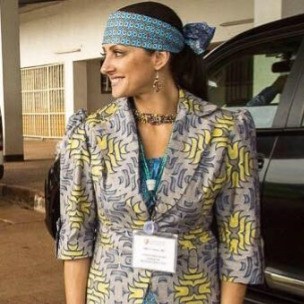 As Mission Director for Nigeria Dr. Emily Farkas, an adult and pediatric cardiothoracic surgeon already has a plethora of awards and credentials on her resume. But perhaps none as as incredulous as the title of “Chief”. In 2013, Dr. Farkas was awarded by government diplomats of Nigeria the honorary status as a tribal “Chief” for her work in doing the first heart surgery in over 10 years in Nigeria. Enugu Government leaders have the authority to assign “entitlements” to people who are born outside of the usual tribal hierarchy but are deemed worthy of such a respected honor.

A tribal name is assigned to the new “chief”, and Emily was assigned the name “Akanko”, which translates to sharp and intelligent or gifted hands. It is very rare for a woman to be entitled as a chief, and even rarer to have the honor of being allowed to eat first at an honorary dinner. The story has it that the MC for the evening announced “in honor of the first open heart surgery being done by a woman, we would like Dr. Farkas to lead the women in eating first”. Immediate silence transcended on the audience as Dr. Farkas stood to lead the ladies. She reports laughingly, “ I thought for sure it would be an international incident”. All was well though as the women followed her lead with cheering and applause erupted when the standard rules were broken. This beautiful moment marked not only an incredible day for the future of cardiac services in Nigeria, but also an amazing stepping stone into building bridges across cultures.